We offer two main types of production services that can be realized concurrently, or separately, depending on your project's needs.

Firstly, our portable 4D capture service is able to create high quality and realistic "holograms-in-motion" of people, animals, or any moving subject, suitable for use in Unity or Unreal Engine.

These two unique technologies can be merged together as one experience, or applied separately.

Our experienced team uses deep learning and scalable cloud processing for fast, affordable, and "cinematic quality" hologram/light-field capture services. Our volumetric camera is lightweight, battery-powered and fully portable, with no calibration, no green-screen and no giant studio space is required. Finally, because our modular camera system is always custom built to each unique use case, our capture services can work anywhere with true freedom and portability.

From creating digital doubles for VFX and realtime VR, to recording surgical operations for medical training, our industry proven volumetric camera is suitable for any use case. 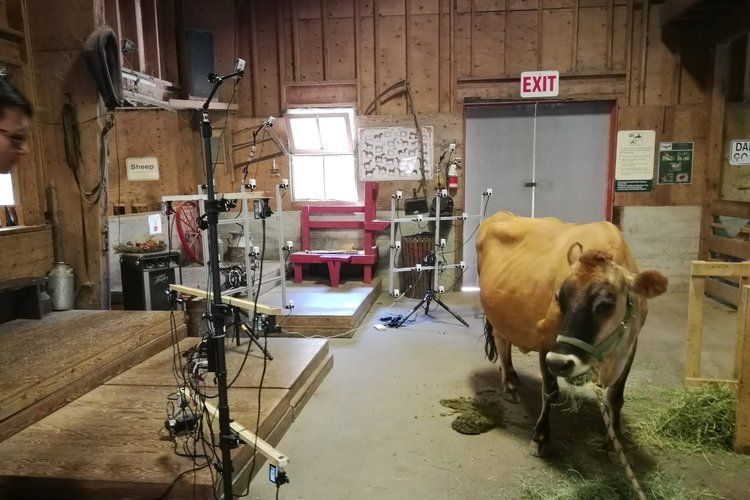 50k cropped by Tobias.Chen on Sketchfab

Using a specially designed camera system, our team is able to capture most medium-sized rooms in under 30 minutes. The resulting 3D models are typically used for Architecture, VR and VFX.

For example, volumetric captures of film sets are particularly useful in pre-production planning for major motion pictures. Whether you want to scan an object, or an entire film set, our captures are accurate down to the millimeter, and allows you to take highly detailed measurements of the set on the computer to determine distances and ideal camera placements. This 3D information can also be used for VFX tracking. Once you have a 3D model of the scene, a post team can easily integrate VFX elements accurately, without needing to manually track the scene. And lastly, rather than sending your entire crew to a location scout, if the environment is captured as an accurate 3D model, the crew can keep revisiting the set in Virtual Reality with no added cost to the production.

Thank you! Your submission has been received!

Oops! Something went wrong while submitting the form